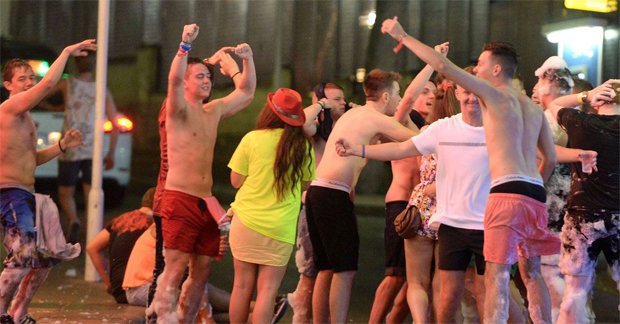 Tourists may get caught out this upcoming holiday season after Spain introduced a new ban on alcohol sales at certain resorts. Some British holidaymakers have taken to Twitter to warn others about the changes in rules as they jet off for a much-needed time in the sunshine.

New restrictions on drinking alcohol were brought in at the start of the year, but travelers are only just starting to experience the changes as the summer season approaches. The Spanish government announced the packages of measures designed to put a stop to anti-social behavior, which includes “alcoholic drinks limited to six per day".

The clampdown only affects tourist destinations that are known for binge drinking and rowdy behavior, causing issues for locals, Irish Mirror reports. However there has been widespread confusion over where exactly the laws are in force, so the regional government has clarified the affected areas.

Rather than applying to the entirety of Mallorca, the rules will only be enforced in Magaluf and El Arenal, and the Balearic island of Ibiza.

The legislation was enforced in January 2022, and limits all-inclusive guests to six alcoholic beverages per day - three at lunch and three at dinner.

The new laws came into effect to reduce the “issues of over-consumption of alcohol,” according to HotelManagement.net.

The Magaluf 'strip' As well as this, happy hours and two-for-one drinks specials will also be prohibited in these areas. Advertising boat parties will no longer be allowed and alcohol sales will be banned between the hours of 9.30 pm and 8 am Monday to Sunday.

A Balearic Islands government spokesperson said that this law would “force a real change in the tourism model of these destinations.

”Tourism Minister Iago Neguereula spoke in London last week and said: “From April to May this year, we will increase the police presence in these areas and the number of inspectors.

“We will have zero tolerance for tourism in excesses.”

thanks to Sophie Collins & Saffron Otter for this news article 2022