Spain’s biggest event dedicated to "The King of Rock & Roll" returns to Benidorm in 2023 for the 11th year running and promises to be bigger and better than Ever. Event takes place from 21st to 23rd April 2023. 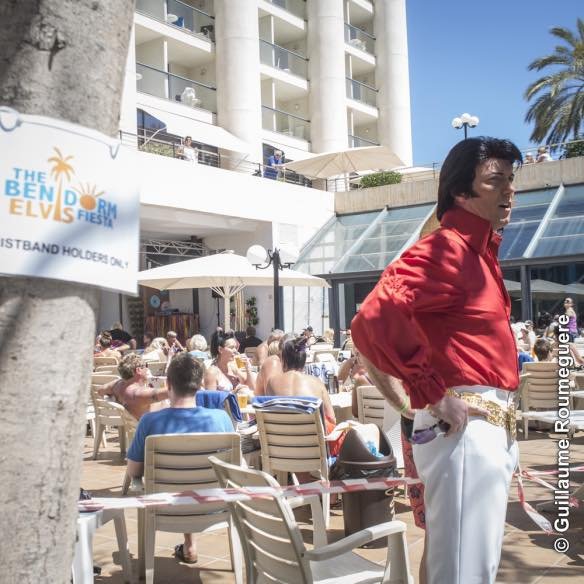 Spain’s biggest event dedicated to "The King of Rock & Roll" returns to Benidorm in 2023 for the eleventh year running and promises to be bigger and better than before. Event takes place from 21st to 23rd April 2023.

What started in 2011 as a small group of Elvis lovers having a good time, has now turned in to Spain’s biggest themed festival, spanning three days, covering the songs of Elvis throughout his life as an artist. The main arena for the event is at Benidorm’s prestigious Melia hotel, located in the Rincon De Loix and the schedule of events is endless both indoor and outdoors. As the festival has grown over the years, additional events have also been programmed at other locations such as the "Rock & Roll House" and "The Showboat" throughout the weekend before the grand finale Elvis extravaganza at the "Benidorm Palace" on the Sunday night.

The weekend is packed with the top named Elvis acts and previous years have starred performers such as Simon Patrick, Gordon Davis, Tom Gilson, Ciaran Houlihan, Dean Mack, Juan Lozano, Oliver Steinhoff, Paul Larcombe but to name a few, who perform the very best of Elvis, covering his whole career as an artist.

The event runs over 3 days, beginning on Friday 21st April and ending on Sunday 23rd April.  All events held over the 3 days and reserved poolside seating are strictly restricted to wristband holders. There are 2 kinds of wristbands available: EIB wristband which will gain you entry into all venues used during the weekend, including the Elvis Extravaganza at the Benidorm Palace and VIP wristbands which will gain you priority entry into all the venues so you can choose the best seats in the house, and the best seats allocated at the Benidorm Palace Elvis Extravaganza on the Sunday night. The whole weekend is jam packed with Elvis themed events such as the Nova’s Launch Party, Zumba(ish) with Mills & Boone, Graceland’s Spin The Wheel, The Graceland Jones Elvis Jam & Karaoke, Lip sync battle, The Big Juicy Elvis Quiz & open mic along with performances throughout the day from all the great ETAs.