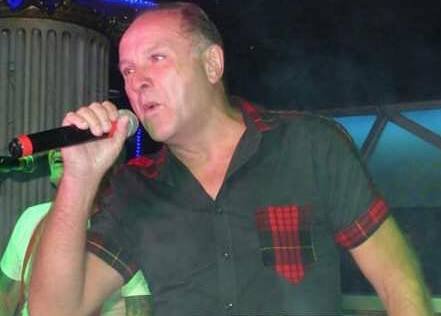 Singer Martin Weavers is now resident in Benidorm and apart from him being the lead singer of The Rollermaniacs he goes out as a solo artist as well. Martin sang in England for 26 years before coming to Benidorm. During his career he has been seen on several top rated TV shows in England including the pilot episode of Britain’s Got Talent, Des O’Connor and Barrymore. Martin was also a TV extra appearing in Lovejoy and The Chief to name a few. Martins solo show consists of snippets of all his shows including 60s 70s and 80s shows along with a solo Bay City Rollers show a Ska/reggae/2tone show and he also does a tribute to Elvis. Martin in the past was a comedy vocalist and also in a top comedy duo back in England that also saw him appear on several TV shows. Martin can mix the two and put together a fantastic nights entertainment not to be missed.

More Show's To Be Added .