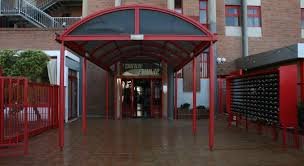 Please note although these are what we believe are true we offer a real reviews from people who claimed to have stayed there , these reviews are from our members from our facebook main group so if you would like to join us search for our facebook links on this website.

Heather  If u have not booked try other places

Jai  Stay away from them awful

Sue Greeted by a turd in the lift

Babs  Don't go honestly wouldn't stay again even if a got them for free x. Absolute Dive

Greg  Its dangerous . Only stayed 1 night until we picked up keys next day for our apartment. Was gonna get a shower til i looked at shower. Disgusting. No kettle so had to scrub dirty pan before boiling water for cuppa. Then got electric shock of cooker . Other than that it was fine

Donna  Apartments are owned by different people and there’s no security or nothing. Wouldn’t risk it to be fair

Michael  Depends who's apartment you get we stopped last Xmas. . Been gutted and done up to a high standard .dead trendy clean had everything we needed .big balcony . The owners were lovely..met us at 11 pm outside with the keys.. The outside Was washed every morning and night ..even the path outside.. . Couldn't fault it..never met any muggers . The only ones were outside cafe benidorm/ Buddies .I stopped years ago.. and was a dump.. but 90 percent are privately owned now apparently. I'd Deffo stop again in the same apartment .

Terry  Not nice at all